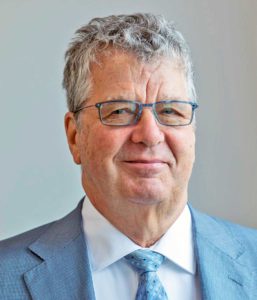 Dr Frank Leschhorn, born in 1947, is a German citizen and a Permanent Resident in Australia. After extensive internship work in many mining industries in Germany, the US and Africa, he studied mining engineering at Technical University Clausthal.

Having his engineer degree in mining he became assistant lecturer in economics of mining and minerals resources until his PhD in 1980. He became employed by BASF AG in the following year and worked on the Auguste Victoria coal mine in Marl, which was taken over by RAG in 1995. Titled Director and General Manager, Frank Leschhorn became responsible for RAG Australia Ltd in 1999 and acquired two high-productive coking coal mines (open-cut and underground) in Queensland, Australia. When RAG sold all its international coal assets in 2014 he started his own business as an independent mining consultant.

He became engaged in metal mining and was appointed Director of Deutsche Rohstoff Australia Ltd. For them he found a gold mining project and later a tungsten-molybdenum mine in Queensland which were successfully developed and operated. Frank Leschhorn is well known in the international network of mining people.

He is a member of the Australasian Institute of Mining & Metallurgy (AusIMM), of the German Society of Metallurgists and Miners (GDMB) as well as the German-Australian Chamber of Industry & Commerce (AHK Sydney).